These are the best Puto Flan you'll ever have! This recipe makes a soft, white, and pillowy flour-based Puto. The Leche flan on top is rich, creamy, and not too sweet.

JUMP TO RECIPE JUMP TO VIDEO

Read on for plenty of tips on how to make this Filipino dessert including how to make sure the puto and flan stick together and not separate. 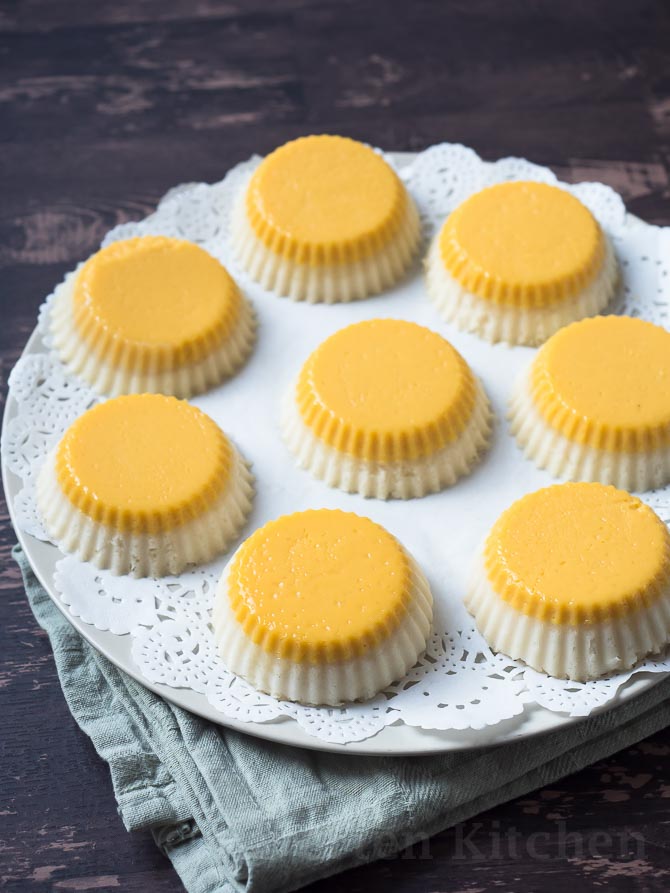 It's not as difficult as you think; well, as I thought. You just have to make sure you use the right technique, tools, and ingredients.

Note: You can skip the whisking all together but that may make the Puto have a doughy, chewy-like texture like Kutsinta.

Rich, creamy and not too sweet Leche Flan

I love my Leche Flan creamy, rich but not too sweet. I think it's more enjoyable to eat that way and I don't get tired of it so easily (i.e. walang Umay in Filipino).

What you need to make Puto Flan

What is the right type of molder for Puto Flan?

As you can see from the video it is what I used. Mainly because it is the only cup molder I have and thought that buying a whole new set would be impractical and waste of money. Wrong! It looks great and all but I had a hard time removing the puto from the molder even if it was sprayed with oil. The cake stuck like a gum around the edges! Maybe it just lacks oil, maybe not but I still wouldn't recommend it to you.

How to keep the puto and the flan from separating?

This is a problem I've encountered several times and it took me a couple of tries to finally get it. And today, I'm going to share what I learned with you. You're welcome 🙂

How to make sure the Puto rises and not deflate?

Okay, that is it! Wow, I didn't realize turned out to be a long post but I hope you'll find everything here useful.

More MUST TRY RECIPES for CHRISTMAS!

Watch the video on how to make Puto Flan 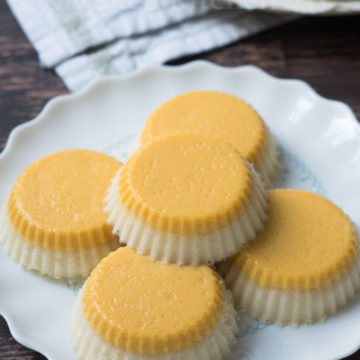 Video Recipe Above: These are the best Puto Flan you’ll ever have! This recipe makes a soft, and pillowy flour-based Puto. The leche flan on top is rich, creamy and not too sweet.
prep 20 mins
cook 20 mins
author: Mella
Servings 20 -24 cups
tap to scale
Print Rate this Recipe
Prevent your screen from going dark

This post contains affiliate links. If you click on an affiliate link and make a purchase, I will make a small percentage of your purchase. This helps keep this website running. Thank you!

My name is Mella and welcome to my blog. Here I share Filipino, Asian, and many easy-to-follow recipes. Enjoy and happy cooking!.